October 2016 I was attending the Game Conference in India for four days, and as a dessert I was invited to do a day workshop with schoolkids in Pune. A selection of 30 kids from 6 different public schools came to one school togeteher, it was a public holiday that day, to celebrate “children’s day!”.
This was an amazing day, the major was there to open the day with a ceremony and lot’s of photographers, waste experts were present to give very insightful information on the importance of waste awareness, also great inspiration for the player to be the prince and princess of her castle, and take care of their personal waste, also gamification elements were already in his speech when he mentioned that it is a personal PLUS a class effort, and if one class member would not participate, the whole class and school could fail the experiments he is doing in schools. With those thoughts in mind, we started the workshop, with Pac-man, collaboration, team play and creating an impact was centralised.
First the kids were energised with pretending to be pac-man as an exercise, secondly we played multiplayer Makey-Makey-pacman with real fruits, all boys teams competing agains an all girl team, and guess who won? (The girls played better, however they got help and assistance from the overenthousiastic boys).

Next phase was to get serious, I explained a theory on game design using Pacman as a case and the GameDesign Worksheet was introduced, the teams could not wait to create a game to explain their parents about waste management. The kids in teams developed great concepts, first on the worksheet and secondly with all the props and attributes, they created their prototype. The Judges were selected carefully by the organisation, and all teams presented their concept with great enthusiasm. It was not easy to choose the winners.
Finally all material got deconstructed and collected again for next workshops to be created, so the workshop in itself was a low waste circular economy example!
When it was lunchtime, most kids stayed working, the teachers and delegates from the different schools mentioned never to have seen these kids NOT running of from a class for lunch as fast as possible, they were deeply engaged to the development of their project -> the power of play! ; )
(The original plan was to have some games programmed online in Scratch, however time was short and the team-effort working on physical materials was sufficient at this moment, the plan B for kids who might have gotten bored to build a Supermario Waste Management level on Nintendo Wii, was also redundent in this situation)

This event was featured on tv news and several Indian newspapers: 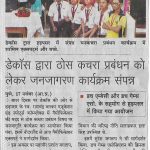 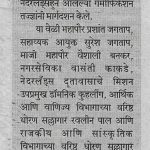 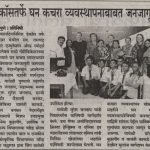 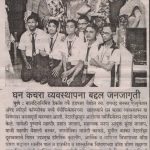 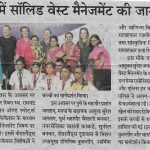 Ellis was in W*india*land - part 2